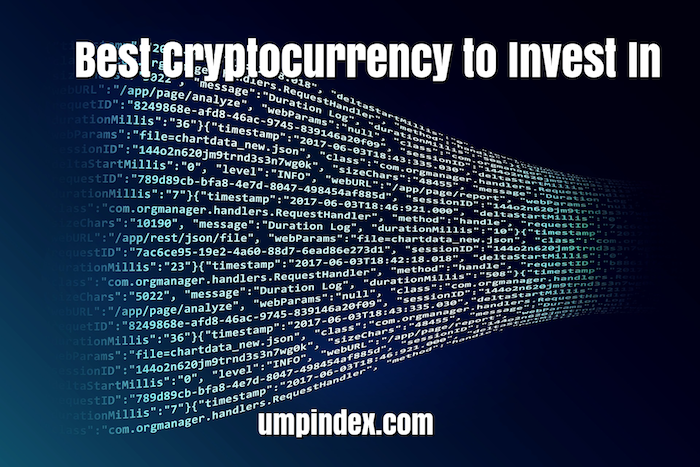 Cryptocurrency is described as a medium of exchange performed on the Internet which utilizes specific functions to perform certain financial transactions. Like any other currency, a cryptocurrency can be utilized to purchase goods or services, but this kind of currency is digital and go through cryptography in order to provide a secure online transaction.

In today’s day and age, many companies have their own currency specific to their own business, which is often called tokens. They work utilizing technology called blockchain, a form of decentralized technology that spreads across various computers that manages transactions. It is highly renowned for its security.

Cryptocurrency can be a complex topic for many, and there are many things that are not fully understood about the process. Here are some of the most commonly asked questions that are asked about this form of payment, including some of the more popular forms of crypto in Bitcoin and Litecoin.

Is Cryptocurrency a Good Investment?

It could potentially be a good investment for you, but just like any other investment, there are risks to be considered. Cryptocurrency is still relatively young and highly volatile. There is no clear answer as to whether or not it is a “good” investment just yet.

The best advice is to always prepare yourself for the outcome that sees you losing everything that you invest. Odds are that won’t happen, but you always want to protect yourself. Take no more than 1% of investable funds to be safe.

Is Litecoin a Good Investment?

Created in 2011, Litecoin is often referred to by many as “Bitcoin-Lite”. This was created in an attempt to make the Bitcoin blockchain “lighter”, thereby making transactions easier and cheaper.

Again, there are always risks with volatility, but Litecoin comes with advantages. Litecoin is listed on Coinbase, which processes more cryptocurrency transactions than any other exchange. This means that purchasing and selling your coins can be easily bought and sold. Eventually, they can be deposited as real money.

There is also high trading volume with Litecoin and is a popular choice for investors. There will be little problem in finding potential buyers to sell to.

In terms of whether or not it is better than Bitcoin, its technology makes it potentially better for spending purposes. Although Bitcoin is more popular, Litecoin transaction times have shown to be at least four times faster than its Bitcoin counterpart.

With those preliminary questions, here is a cyrptocurrency list of what are the best areas to invest in.

Ripple is known in the crypto market for being a very low-risk investment. If you are looking for a platform to maximize your profits, Ripple currency may arguably be the best to invest in.

Ripple gets rave reviews by many because it is one of the stable cryptocurrencies in the industry and has developed a way that revolutionizes transactions. According to cryptocurrency statistics on this platform, Ripple had a growth of approximately 36,000% in 2017 and grew astronomically throughout the entire year.

Also known as ETH, Ethereum is one of the best cryptos to invest in and has shown tremendous potential in the past. ETH grew by almost 3,000% not too long ago. So far, Ethereum has done a commendable job in reversing losses from the previous year.

What should be understood about ETH is that it is not simply a cryptocurrency, but it is also an advanced blockchain technology. This allows other projects to be launched on this platform. As of May in this year, its current price is almost $200, and it holds potential to be the best crypto of the year.

This is a cyrptocurrency that is designed to change Internet sponsorship. Seeing as the Internet is mostly comprised of paid advertisements, Basic Attention Token, also known as BAT, is a coin that has produced commendable returns.

BAT has a vision that comprises of sponsorship that gives power to the people decide which creators they want to support. It is for this reason why this has been integrated into the BRAVE browser.

Right now, there is approximately 1.3 billion BAT coins that are circulating and the current cap in the market is $466 million. Compared to other prominent cryptos such as Bitcoin and Ripple, BAT has smaller numbers, but it is on the rise and shows tremendous potential. For investors who are risk-tolerant, this may be the crypto of choice.

So Which Cryptocurrency Should You Go For?

With many options available, there are questions as to what the best cryptocurrency to invest in is. There are many impressive options that can produce great returns despite the risk.

As of right now, it is highly unlikely that Bitcoin will lose its status as the best to invest in right now. It is considered a leader in the industry and makes up a significant portion of many portfolios. Between January and May of this year, this coin increased its value from $3,862 to $5,412 per coin. This means that you’d have a 10 percent retain rate monthly if you invested on the 1st of January this year.

By far, Bitcoin is the oldest and biggest cryptocurrency and takes up almost 40% of the entire market cap by itself. You will likely find it on any exchange, it makes mainstream news daily, and is recognized by society.

Some other coins in the market that you may want to look at include Dash, Bitcoin Cash, Binance Coin, Peercoin, Stellar, Tron and Tezos. These coins aren’t as prominent as the ones listed above, but they could prove to be feasible options for beginners.

Always remember that when it comes to crypto, diversification will enhance your strategy. You could get more information on a mobile platform by downloading the best cryptocurrency apps available, including Blockchain, Bitcoin Checker and Blockfolio.