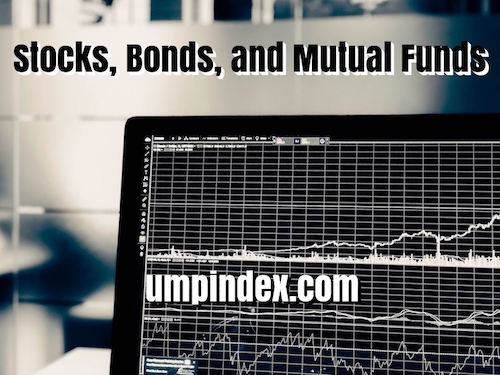 When investing for the first time, it can be a little bit scary. With all the hoopla and excitement shown from the trading floor, it makes one want to get involved and learn how to make a lot of money.

For a beginner, it is difficult to navigate the financial world. Learning new terminology can be a challenge, but just like anything else, once learned, the education remains there for life. The most common words to learn in the beginning are stocks, bonds, and mutual funds. These three types of investment instruments can change your life.

For starters, a stock is the symbolization of an instrument indicating ownership in a corporate structure. Stock ownership is synonymous with terms like stockholders or shareholders. As a shareholder, an investor owns a portion of whatever the business owns and also all owes. How profitable a company is at a moment is what determines if a stock trades higher or lower.

Stock markets began when countries started trading with each other during the establishment of the New World. During those days, dealers wanted to start huge enterprises which required a significant amount of assets and money that no single person could acquire by themselves. Hence, many investors combined their assets and became collective owners by way of individual shares in those entities to form joint-stock companies. The inventors of joint-stock concept were the Dutch. The Dutch’s idea became a structure that was mirrored by many businesses that assisted floundering entities. Consequently, the first paper shares of stock were created in 1602 by the Dutch East India Co. Through this model, shareholders frequently bought, sold and traded stocks with others.

Through the overwhelming success of the idea, the concept spread into the maritime industries in Portugal, Spain and France. As a result, England joined the fray. For this reason, trading became so big that trading ventures were formed. It eventually migrated into other industries as an effort to create funding. With the overwhelming response of cash raising, the New World was established which evolved into the growth of industrialized manufacturing.

Once the size of shares increased, a central point to trade the stocks was needed, so a London coffeehouse was considered to be the first “marketplace.” Eventually, the London coffeehouse was overtaken by these meetings and the name was changed to “stock exchange” in 1773. For this reason, American colonies began an exchange established in Philadelphia, Pennsylvania in 1790.

The most popular name in the United States for any exchange was “Wall Street.” Markets on “Wall Street” began their operations at the intersection of Wall Street and Broadway in New York City. An agreement called the Buttonwood Agreement was established by twenty-four supply brokers at 68 Wall Street under a buttonwood tree. Eventually, this same group became known as the New York Stock and Exchange Board and established a new meeting point at 40 Wall Street.

From this, bonds became more popular. Bonds are instruments used by governments and businesses to raise money as a loan from investors. This type of instrument is less risky and has a lower return than a stock. In addition, mutual funds establish themselves as a viable instrument. A mutual fund is an instrument that allows you to pool your money with others to purchase shares of stocks, bonds and other instruments. This process is known as a portfolio. A portfolio is difficult to create individually and is managed by a portfolio manager.

• Pros – stocks have the potential for the highest rates of return compared to other securities. In addition, they may pay dividends which provide additional income that can be used to purchase more shares.

• Cons – the volatility of stocks can be extreme (meaning a stock price can rise or fall without warning).

• Pros – the increase or decrease of bond prices are not as dramatic as a stock’s which results in less volatility. Bonds have the ability to provide a steady stream of income and some are more stable and liquid than others.

• Cons – the rates of return are lower versus stocks and have the complete opposite effect with interest rates. For example, when interest rates increase, the prices of bonds fall. Also, price fluctuations can cause a bond to suffer.

• Pros – there is portfolio management, dividend reinvestment opportunities and diversification within the investment.

• Cons – there are exposures to management abuses, negative tax consequences and the exposure to delayed trade executions.

What Kind of Assets are Stocks and Bonds?

Which is Better: Stocks, Bonds or Mutual Funds?

This in large part depends upon risk analysis and your “comfortability” with the results. Keep in mind that the most risky investment of the three is an investment in stocks while bonds hold a close second. Mutual funds are a safer risk due to the diversification within the instrument.

Do Mutual Funds Include Bonds?

This is an emphatic yes! Remember, a mutual fund allows a portfolio manager to invest in various instruments like stocks and bonds.

What are the 4 Types of Investments?

As you can see, stocks, bonds and mutual funds should be thoroughly researched prior to entry. You must first determine your investment risk and then hone in on the instrument that meets your investment needs. It is highly recommended that you seek the assistance of an advisor or portfolio manager.